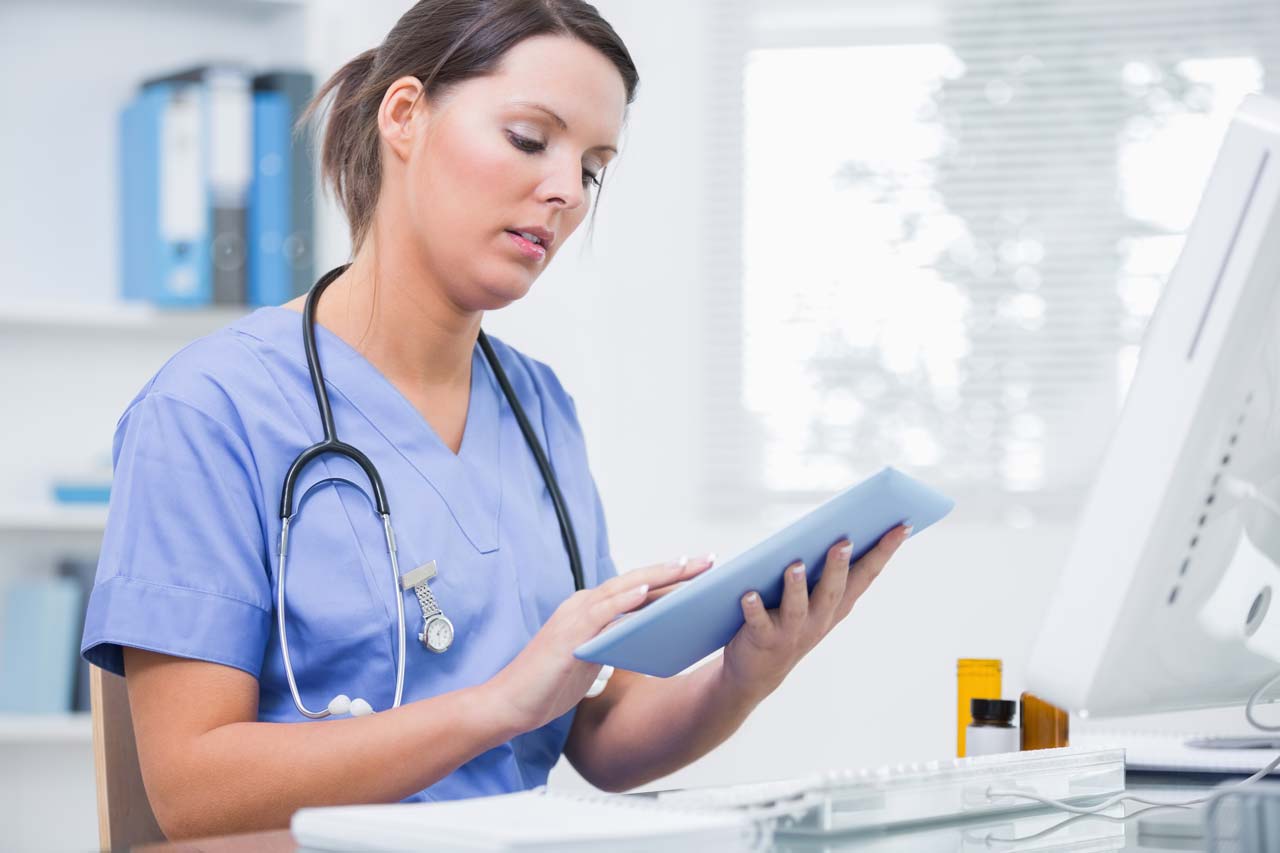 Pen and paper still play a big role in data entry, even though COVID-19 has forced healthcare organisations to adapt to new technology, according to a recent survey.

Nurses and other caregivers spend more time dealing with tech problems and entering data than caring for patients, according to a new survey of frontline workers. The survey found that tech problems are a huge time sink for workers who said they spend an average of five hours per week on fixing tech problems. Sixty-three per cent of respondents said they had a device or system failure every week. The survey also found that 56% of a frontline worker’s time is spent accessing and updating patient records.

The report, Critical Technology for Critical Care: State of Mobility in Healthcare 2020/21, is based on interviews with 475 homecare workers, nurses, and other healthcare professionals in seven countries.

Fifty per cent said that the existing technology platforms waste time that could be spent helping patients. Sixty-five said their employers need to invest in better technology for a future health crisis, even though a third also said that hospitals and other providers had introduced new technology to respond to the coronavirus pandemic.

SOTI surveyed to understand how technology helps or hinders patient care. The research found that a fragmented or missing device management strategy is causing many of these problems, according to Shash Anand, vice president of product strategy at SOTI, which helps companies develop and implement mobility and Internet of Things (IoT) solutions.

“There’s likely a lack of a management solution to manage all the different technology, so there’s a lot of inefficiencies in the way,” he said.

Anand said that he had noticed that many healthcare leaders hesitate to implement device management strategies due to concerns about the costs and implementation time.

“It’s easy to secure these devices, easy to update them and limit what can be on them, but you have to have the right tech in place to offer that support,” he said.

Part of the reason for this low usage level is that 70% of respondents said online systems they use daily do not run on mobile devices.

The survey also found that between 32% and 40% of workers said that patient information is not in one place, and 42% said patient-information systems are not well integrated.

“Patients get a kit that includes an Android tablet, and our customers manage those tablets as part of our solution,” he said. “They can give it to the next patient when one person is done with it.”